For the fifth consecutive year in November, I participated in NaNoWriMo, National Novel Writing Month. A project organized by the Office of Letters and Light, a nonprofit organization. The project inspires children, youth and adults to write around the world. This year is the first year I went in the goal of writing 50,000 words during November, which I’m proud of.

A contributing factor was that I attended the Night of Writing Dangerously in San Francisco in November. There I met more than 200 other writers, we wrote together and celebrate that we, Write-a-thon attendee, jointly donated money to the classroom-based Young Writers Program so it will be developed.
You can read about the meeting on the following blog.

NaNoWriMo is a personal challenge of creative expression that requires discipline. But you’re not alone. You share your trials and tribulations with others around the world in an daily ongoing dialogue. The dialogue is either done quietly, knowing the other’s out there doing the same as you do. Or active on the Internet and at meetings. It’s great.

Now I sit with a script to be processed, a task I like.  I am already looking forward to November 2012. 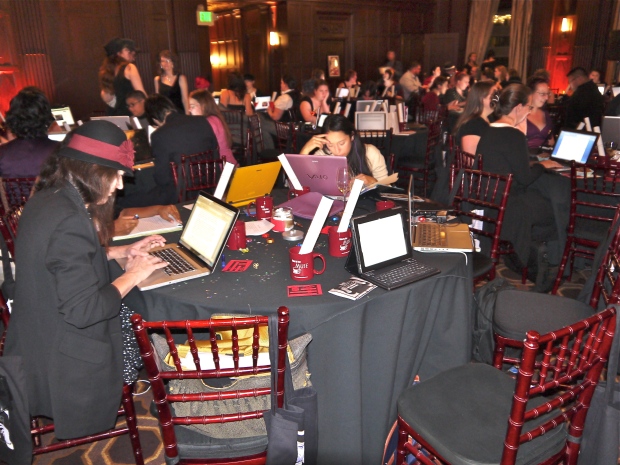